On 13 May 2020, the Swedish Research Council for Sport Science (CIF in Swedish) presented its annual report to the government. In the following, the main results of the 2019 report are presented. First, we present findings based on CIF´s regular follow-up through a set of key indicators. Second, results from of a new study carried out by the research agency the Swedish Youth Barometer (Ungdomsbarometern) is presented.

As part of the commission to follow up state support for sport, CIF carries out an annual audit using a set of key indicators. The indicators are designed to reflect the objectives of government support for sport, as expressed in the government’s directive for state funding for sporting activities (1999:1177).  The system includes 22 indicators, divided into the following five groups:

On the whole, the analysis of this year’s indicators confirms conditions and trends which have been observed previously. The statistics show, for example, that sports clubs and federations vary greatly in size and composition and that they operate under very different conditions. Also, Swedish citizen’s access to sport and physical activity are affected by socio-demographic inequalities.  These inequalities take the shape of a social gradient in which the proportion of people in sports clubs increases in line with families’ levels of education, financial resources and positions in the labour market.

For several years, CIF has reported on reduced sports activity among children and young people. This decline began in 2008 and was initially a result of lower levels of participation among older age groups, and among girls in particular. A new negative trend started in 2012. Currently, reduced activity levels have also been found among the youngest members of the Swedish sports movement, children aged from seven to twelve. Statistics show that there was a decline in activity levels in all age groups during the ten years from 2008 to 2018. With the exception of girls from 13 to 16 years old, activity levels in 2018 are the lowest since CIF started measuring them in 2004.

The Swedish Youth Barometer is a company which carries out annual national attitude surveys of young people between the ages of 15 and 24. By means of an extensive web-based questionnaire they follow general trends with regard to young people’s thoughts, values and patterns of behaviour, as well as carrying out more detailed analyses in specific areas at the request of government authorities and companies. The 2019 survey was carried out during the month of October and was answered by 18,959 children and young people.

In autumn 2019, CIF employed the Swedish Youth Barometer to carry out an in-depth survey of young people’s leisure, exercise and sporting habits. The assignment was to examine:

The analysis of the Swedish Youth Barometer resulted in a report, A generation committed to sport? The study was carried out in autumn 2019 and was based both on its own annual web-based questionnaire and on supplementary questions drawn up in collaboration with CIF. These supplementary questions were answered by 1,924 young people between the ages of 15 and 24. The questions concerning influence and participation were answered by slightly more than 900 young members of sports clubs.

What does the report by the Swedish Youth Barometer show?

Young people today are greatly interested in living a healthy, physically active life.  Three out of four say that they exercise at least once a week in addition to their school’s physical education lessons. A third say that they train or exercise several times a week and 15 per cent say that they do so “more or less every day.”

According to the Swedish Youth Barometer, a process starts at around the age of fifteen where the proportion of young people engaged in club sports diminishes while physical exercise in privately-run gyms or on one’s own increases. When this result is examined in the light of young people’s attitude to sport and competition, it shows that young people with a great interest in sport and competition take exercise in all forms – in clubs, at the gym or on their own. Those who are not interested in sport and competition remain almost completely outside the sports clubs. This indicates that club sport is regarded as a domain for competitive sports, while those who prefer to exercise for health are supposed to do so in gyms or on their own.

The Swedish Youth Barometer shows that young people have a strong engagement in societal issues. However, a comparison between young people that are members of sports clubs and other young people does not show any major differences in attitudes to important social issues. This finding does not support the theory that club sport is a training ground for democratic values or fosters societal commitment. In general, young people today are interested in social issues, but they participate in club sport because it is a fun leisure activity.

According to the Swedish Youth Barometer, over half of the young people who belong to sports clubs want a say in questions connected to their sporting activities, not least with regard to where, how, when and how often one should practice. It was less important to have a voice in the club’s more general concerns including rules and regulations, club values, the level of membership fees and other costs.

A health trend among young people – but lost to the sports movement?

CIF concludes that there is a clear trend for the younger generation of today to be interested in health and physical activity. The question is, whether this trend is reflected in the organised sports movement.  Club and association sport in general have a strong emphasis on development and performance. For the youngest, participation is usually open, playful and without demands. But as the children grow older, activities often become more advanced, result-oriented and ambitious. Demands increases, as does the time required for practices.

The study by the Swedish Youth Barometer shows that this emphasis on development and performance is accepted and appreciated by those young people who enjoy competitive sports – but it is not appreciated among young people who practice sports for health reasons, or who have lower ambitions. This may explain why many young people prefer training in private gyms or on their own, rather than engaging in club sport. As club sport becomes more demanding, commercial gyms and exercising on one’s own offer more freedom for those who want to choose when and how often they want to train.

In the opinion of CIF, the Swedish sports movement needs a strategy to counteract reduced sports activity levels among young people by meeting the needs and wishes of the present younger generation. The argument is not that sports clubs must abandon their traditional emphasis on development and performance – this type of activity appeals to many young people.

However, if the goal is to reach young people that are not members of sports clubs, CIF recommends more club activities which aim at being fun rather than achieving good sporting results. It must also be easier for participants to set their own levels of ambition, and to decide when and how often they want to participate. If this advice is followed, the sports movement will have a better chance of retaining the young members that enjoy sport and like their clubs, but nevertheless leave as clubs focus on performance and results. 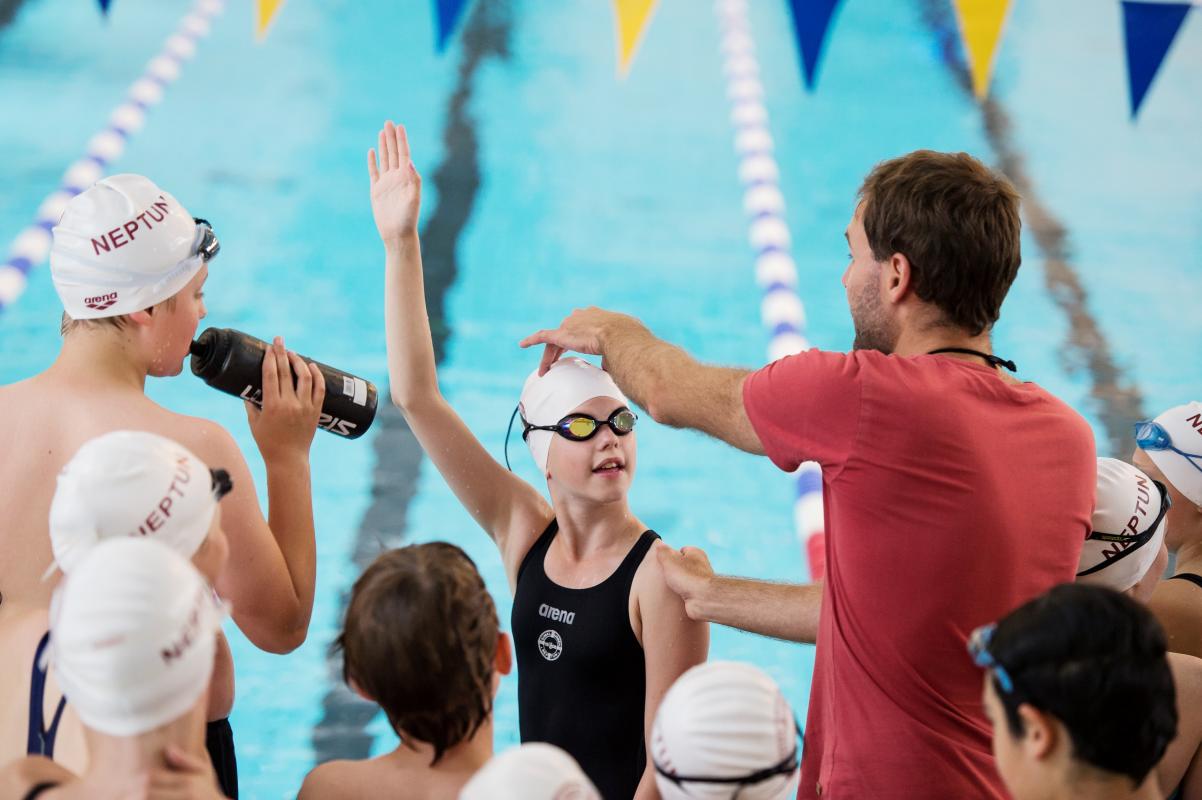